Nearer to the Met and University than Headingley, Hyde Park boasts a wide range shops, student friendly bars, restaurants and cafes. The park itself is a meeting place for students and residents and includes a local skate park, play ground and football pitches. In the heart of the village you'll find the famous Hyde Park Picture House, which has been showing films in Edwardian splendour since 1914.

The student market has brought a number of fast food shops, niche leisure outlets such as cafes and shisha bars, and convenience stores to the area. There are two pubs, and two members clubs. Additionally a number of large and small shops selling international foods and groceries, catering for the South Asian populations, but used by all. The area also has two churches, two mosques and a Hindu temple.

The rows and rows of red-brick, gives the area a distinct character. There is a small park behind the Royal Park School, and another at the south end of the Harolds. The main open space is Woodhouse Moor, an area of perhaps 65 acres of mixed recreational ground, allotments and gardens, with a bowling green, skatepark, and tennis courts.

Hyde park is often said to have played a key role in the Leeds Music Scene, with a long list of bands and artists having connections with the area and the University. Club nights started from house-parties and freesound-system crews spread out into the wider city, perhaps an indicator of the tendency for the 'underground' to merge into the mainstream. The area is also home to the Hyde Park Picture House, one of few independent cinemas to have resisted the impact of the chains.

More students live in Headingley than any other area of the city. The many lively bars and restaurants are the main reason for its popularity. It also has its own shopping centre and supermarket and for sports enthusiasts, cricket and rugby can be found at the famous Headingley stadium. In addition, it is just a few minutes by bus, car or train from the city centre of Leeds and the University and Met.

“There are nice bars, restaurants and coffee bars. It reminds me of a nice little London suburb.”

“Headingley offers a relaxed night out when you don't want to go into town.”

“It's also convenient because it is close to the university.”

So, search for your ideal property and location on our website and get in touch... we'd be happy to talk to you.

Burley is an inner city area of north-west Leeds, characterised by red brick terraced housing, much of which was built between 1899 and 1903. Sometimes called 'The Cardigan Triangle', it passes north from Kirkstall Road, towards Hyde Park and Headingley. It is served by Burley Park railway station and bus routes along Kirkstall Road, Cardigan Road and Burley Road making it very popular with both students and professionals who need to commute in to Leeds and surrounding areas. The area has a considerable student population.

There is a cinema and restaurant complex at Cardigan Fields Leisure Park. Yorkshire Television and Radio Aire broadcast studios and the Home Office's Immigration offices are located on Kirkstall Road in Burley.

Kirkstall is a north-western suburb of Leeds, on the eastern side of the River Aire. To the west is Bramley, to the east is Headingley, and to the north are Hawksworth and West Park. Kirkstall is around 2 miles (3.2 km) from the city centre and is close to the University of Leeds and Leeds Metropolitan University. Both students and professionals live in Kirkstall due to its close proximity to Leeds City Centre. The fairly low cost of renting attracts many tenants to Kirkstall and surrounding areas.

Armley is a district in the west of Leeds, West Yorkshire, England. It starts less than 1 mile (1.6 km) from Leeds city centre. Like much of Leeds, Armley grew in the industrial revolution and had several mills, one of which is now the Armley Mills museum. Most of the housing in Armley is back to back terraced houses however in recent years there has been several developments consisting of new flats, town houses and detached properties which have seen more families and working professionals move to the area. 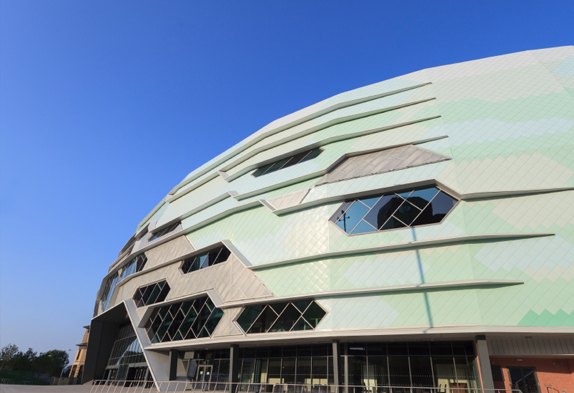 West Park is a suburb of north-west Leeds, north of Headingley. It is a mixed area of private suburban housing and some student accomodation. The name derives from its main park containing playing fields together with a conservation area containing mostly woodland. The amenities of West Park are found on Otley Road, there are several shops, a post office, a laundrette, a specialist runners shop, Indian and Italian restaurants.

Otley Road runs through the centre of West Park and is the main road for access to Leeds City centre. Several busses run from this area in to Leeds and the opposite way towards Adel and further afield to Ilkley.

Alwoodley is one of the most affluent areas in Leeds and contains mostly detached and semi detached housing. There are three golf clubs (Moortown, Sandmoor and Alwoodley Golf club). Local shops include a Tesco local and a Londis convenience store, a hairdressers and an art gallery. There are two schools located in Alwoodley, one independant day school (The Grammar School at Leeds) and a state school (Allerton High School) located near the Moor Allerton shopping complex.

Leeds (centre) is easily accessed from Alwoodley with the number 36 bus running from Harrogate, through Alwoodley and in to Leeds City Centre.

The area has an established local centre, which is situated around the junction of Stainbeck Lane and Harrogate Road. This consists of a Co-op supermarket, a post office, several banks, several restaurants as well as many pubs and bars.

Chapel Allerton is popular with the working professionals and is usually very busy on a Thursday, Friday and Saturday evening. Made up of a mix of Victorian and Edwardian back to back terraces, Chapel Aleerton also has a large range of semi-detached properties and both converted and purpose built apartments. It has for years attracted young professionals due to its close proximity to Leeds while also providing a safe environment to start a family.

Meanwood is a suburb and former Village in North Leeds. The housing in Meanwood is mixed, there is many semi-detached estates however in the last 10 years there has been a huge increase in large new developments going up which has provided large detached houses, town houses but also modern blocks of flats.

In recent years Meanwood has become popular with young professionals as it is convenient for commuting to Leeds while also offering a good night life with several bars and a large variety of different shops and supermarkets.

Meanwood is only a 5 minute drive to Headingley and no more than a 15 minute bus ride in to Leeds city centre. The main transport from Meanwood to the city and surrounding areas is a regular bus service.